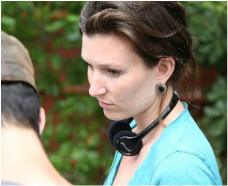 AMANDA McCANN
Producer/Writer
Amanda McCann recently directed the short “Unrelated”, starring Gabriela Lopez and Taylor Kalupa and is entering post on the short "Waking Up Dead", which she produced and co-wrote with Erin Siu. In her spare time she enjoys performing sketch comedy around Los Angeles and putting up acts of her screenplays in a blackbox theatre through the group Deadline Junkies. She always makes enough time to ensure her cats love her enough not to eat her in her sleep. 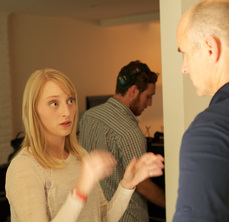 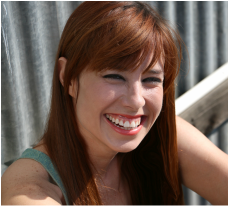 CASSIE RAMOSKA
Producer/Writer
Cassie Ramoska is a writer/performer who moved to Los Angeles from Oklahoma. She currently studies and performs comedy at The Nerdist Theatre in Los Angeles. She has written and created segments on The Colbert Report. Cassie has also acted in Arrested Development and many web comedy shorts that have been featured on Funny or Die, College Humor, and Huffington Post. Cassie is passionate in animal rights advocacy, working with the Friends Of Animals shelter. 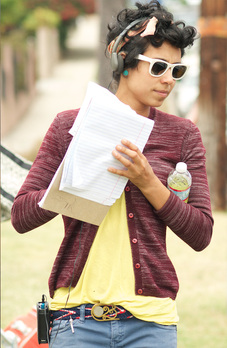 ADRIENNE SUBIA
Director
Adrienne Subia is a native Californian artist and filmmaker. Her main inspirations stem from anthropology, music, nature, and a great appreciation for the German Expressionist era of Film. Her roots lie in the San Joaquin Valley, but over time she has found herself throughout various cities within California. For the last several years she has been writing and directing her own films while simultaneously exploring her passion for lighting design and installation. She hopes to continue to meet and collaborate with other artists and create unique pieces of work. Currently, she is living between Los Angeles and New York. www.adriennesubia.com 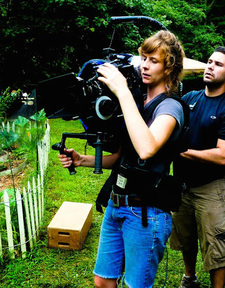 ELLIE ANN FENTON
Director of Photography
Ellie Ann Fenton grew up in the border city of El Paso, TX. Her undergraduate studies in Austin, TX helped uncover her passion for film making. In 2009, she moved to Los Angeles to attend the distinguished Cinematography Program at the American Film Institute Conservatory. While receiving her MFA degree, she wrote and photographed her thesis film "Lucha." Ellie Ann truly enjoys the creative and collaborative process of film making. Her experience and approach enable her to convey tone and mood while capturing fleeting moments to tell ones story. Her work spans from documentaries, narrative films and commercials to in-house videos for esteemed organizations such as the University of Texas. During its premiere, her debut feature, "Zero Charisma" won the "Audience Choice" award at the 2013 SxSW Film Festival. www.ellieannfenton.com 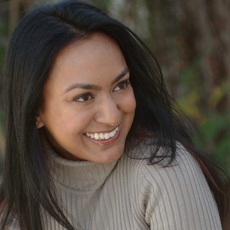 REENA DUTT
Producer
Reena Dutt was a 2013-2014 Fellow with Film Independent's Project Involve. She most recently finished producing the feature film, As Good As You, starring Laura Heisler, Bryan Dechart, Peter Maloney and Annie Potts. Her short film El Doctor was recently acquired by Latino/PBS. Her short films …Or Die and Shameless are travelling the festival circuit internationally, Unfinished has been seen on the BET network, and her web series Squad 85, as well as Kiss Her I'm Famous (Season II) are on Justin Lin’s YOMYOMF.com Network and TelloFilms.comrespectively. For stage, Dutt was a producer with Off-Chance Production's LAWeekly and Ovation winning shows on stage, The Limitations of Genetic Technology and Shaheed: The Dream and Death of Benazir Bhutto, and Theatre of NOTE's LAWeekly winning production of The Wreck of the Unfathomable. 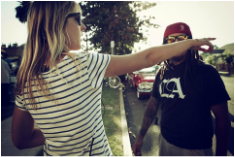 KASIA TROJAK
Producer
Kasia Trojak is a Polish-born producer and assistant director based in Los Angeles. She received a Master of Arts from USC School of Cinematic Arts and a Bachelor of Arts in film from The American University of Paris. She has produced various short films and music videos. She works as an assistant director on feature films and television shows. Most recently she was a 2nd 2nd Assistant Director on season 9 of NBC’s “The Office.” She is a member of the Directors Guild of America. 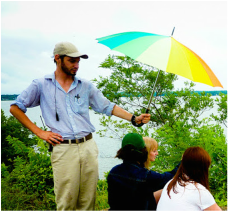 ANDREW TURNER
Associate Producer / 1st AD
Andrew Turner has long been focused on the possibilities of social impact in one's life. He was profoundly affected by the viewing of the film "Soy Cuba" (I am Cuba), a Soviet era agitprop film about exploitation in 1950's Cuba, while in high school. This film unfolded with such passion and innovative storytelling that he felt film could provide a medium for impacting people's lives in a very immediate and special way. He grew up on the dusty edges of greater Los Angeles, in Moreno Valley, CA, but Hollywood never seemed close. Today he has found that he can use his abilities as an Assistant Director to help propel other's visions that they want to bring to glorious life on screen.  Social justice is never far from his mind, and he uses each opportunity on set to fulfill and embolden the passion of those he works with, while using his off set life to do as much as he can. He graduated Summa Cum Laude from California State University, Fullerton in 2006 with a BFA in Radio, Television and Film. Since that time he has been able to work on set with some his favorite directors including Christopher Nolan and Michael Mann. Independent features and music videos are his current metier, including music videos for Kavinsky and Azalea Banks and his most recent feature film "After The Reality", filmed on location in Minnesota, starring Matthew Morrison and Sarah Chalke. 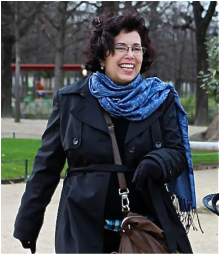 SUZANNE STERNLICHT
Associate Producer / Editor
After years of editing TV shows like “The Wild West” and “Babylon 5,” Suzy decided to dip her toes back into feature editing with “June, Adrift.” She is currently packing for a move to Hawaii as she completes work on the first season of a top secret new show. In the future, she will be back and forth between LA and Hawaii as she perfects her new double identity of farmer/editor. 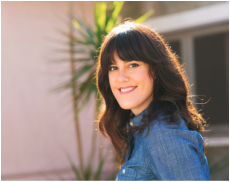 AMANDA KRIEG THOMAS
Music Supervisor
Amanda Krieg Thomas has music supervised a wide variety of projects from short films to cable television. She is currently music supervising the latest installment of the American Girl film series, to be released in 2015, as well as wrapping up work on charming indie feature, June, Adrift. She began her career in the music department at Lionsgate, working on films such as The Winning Season and Warrior, and television projects that included Running Wilde (Fox), Weeds (Showtime), Mad Men (AMC) and several pilots. After three years with the department, Amanda tackled the unscripted world at Reveille Studios (now Shine America). In addition to coordinating music on The Biggest Loser (NBC) and MasterChef (Fox), she music supervised two cable television shows: Commercial Kings (IFC) and One Born Every Minute (Lifetime).  At the start of 2012, Amanda made the transition back to film as Music Coordinator for acclaimed Format music supervisor, Julia Michels, on films that included Pitch Perfect (Gold Circle Films/Universal), Parental Guidance (Fox), The Other Woman (Fox) as well as the ABC half hour comedy, Trophy Wife. In addition to her roles at Lionsgate, Shine America and now Format, Amanda has also music supervised several independent films, including the documentaries Off The Floor, about the rise of contemporary pole dance, and Going Attractions: The Definitive Story of the American Drive-In Movie, as well as romantic comedies, The Back-Up Bride and Moonshine, Inc. 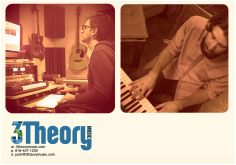 JOSH DOYLE and EVAN HILLHOUSE
Composer
3 Theory Music is a Los Angeles-based record label, recording studio and team of music producers/composers who collectively have written music for major label artists, feature films, and singers of NBC’S “The Voice.” You may have also heard their music on commercials for Toyota, Skype, Swire Hotels, and TV networks like NBC, MTV, TLC, and A&E. 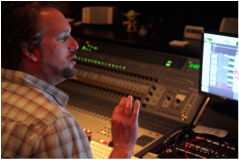 KEVIN HILL, CAS
Dialogue Editor / Re-Recording Mixer
Kevin began his career in sound engineering over 20 years ago playing in bands and working in live theatre before transitioning into post production sound. He has worked for many theatres and sound studios including the Omaha Theater Company for Young People, The Kennedy Center for Performing Arts and Clean Cuts Music & Sound. He then ultimately founded Studio Unknown in 2001. Realizing his love for film and cinema, in 2009 he shifted focus of the studio’s model and opened a Dolby® Approved sound facility to service filmmakers. His sound work has been heard at film festivals including SXSW, Toronto, Tribeca, Oaxaca, Berlin, and the Hollywood Film Festival. Broadcast credits include sound design and mix for programs for Discovery, National Geographic, NASA, PBS, and others. Awards include a CINE Golden Eagle Master Series Award for the animated documentary, “Freedom Dance; Lost in Woonsocket,” Official Selection at the SXSW Film Festival; and original music and narration recording for the Telly Award-winning A&E series Random 1. Recently, Kevin became an active member of the Cinema Audio Society, an organization formed in 1964 for the purpose of advancing the art of cinematic sound. Kevin has served as an adjunct professor at Anne Arundel Community College teaching Audio Production and is a member of the country songwriting collaboration, Moran Hill Hurwitz. 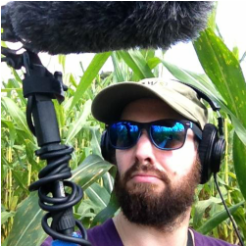 MATT DAVIES, MPSE
Sound Designer / Sound Effects Editor / Foley Artist
Before graduating MICA with a BFA in Film + Video Arts in 2009, Matt discovered his deep and ever evolving love for sound. This took many forms: Sound Design for Stop Motion, Location Sound, and post production sound for the IFP submission of 2010 Oscar winning Short Documentary “Music By Prudence”. Upon joining the team at Studio Unknown, his background in fine arts sculpture, film and sound art collided. Now as Lead Sound Designer and Foley Artist for the studio, the collision spawned his use of hand built instruments, unique synthesizers and whatever means necessary to make a film’s soundtrack come to life. Some of Matt's most recent work can be heard on ABC's new Primetime Fantasy/Reality Hybrid show 'The Quest'. He is also a part-time Sound for Animation Professor at MICA and a Member of the Motion Picture Sound Editors Society. 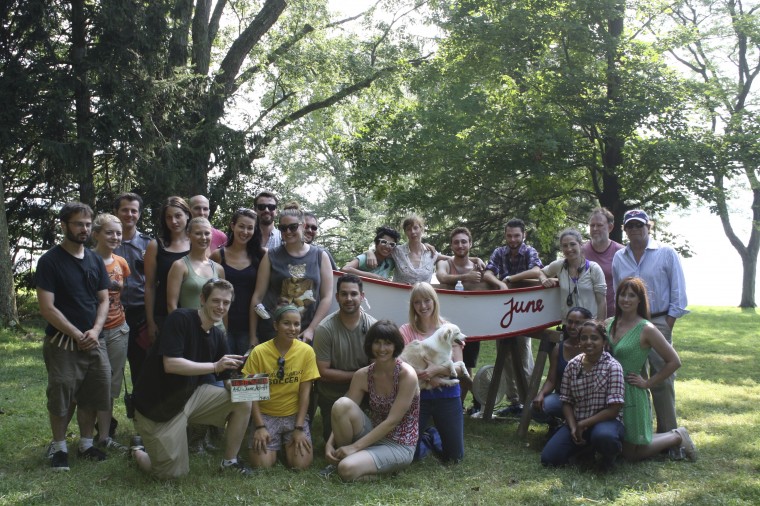